Banish the blues and go green!

West Midlands Combined Authority (WMCA) is urging the region to go #BlueMondayGreen and banish the blues on what is reputedly one of the most miserable days of the year.

The depressing effects of post-Christmas bills and debt, long cold nights and failed New Year resolutions are said to culminate on the third Monday of January, this year 20 January, dubbed Blue Monday.

The WMCA is calling on people to wear green and for buildings to be lit green to drive the blues away and support mental health.

A number of landmark buildings across the region are due to be lit up with green floodlights including the Library of Birmingham, Dudley Council House and the commanding Himley Hall, the 18th century ancestral home to the Earls of Dudley.

Many organisations will also have green ribbons, a symbol of mental health awareness, available for staff to wear and run their own #BlueGreenMonday promotions.

The day aims to build on the success of last year’s inaugural event, which also marked the launch of the workplace mental health campaign This is Me West Midlands by the WMCA.

Cllr Izzi Seccombe, leader of Warwickshire County Council and WMCA portfolio holder for wellbeing, said: “It was an obvious launch date for This is Me West Midlands and now we have a great opportunity to celebrate the anniversary of the campaign, which is doing so much to reduce the stigma around mental health and raise awareness of the importance of wellbeing at work.”

More than 100 organisations have signed up to This is Me in the West Midlands, with more than 800 nationally. The campaign raises awareness and challenges the stigma around mental health at work by supporting people to tell their own stories through video, blogs or other medium

The idea for the campaign was initiated by Barclays and developed in London by the Lord Mayor’s Appeal before being launched in the West Midlands by the WMCA last January.

Alongside This is Me West Midlands, the WMCA is also supporting the national Chatty Café scheme, which has seen around 100 cafes throughout the region introduce Chatter and Natter tables, encouraging people on their own to talk to each other and alleviate loneliness.

Organisations wanting to take part in #BlueGreenMonday can apply for a promotional pack atwww.wmca.org.uk/media/3555/turn-blue-monday-green-pack.pdf 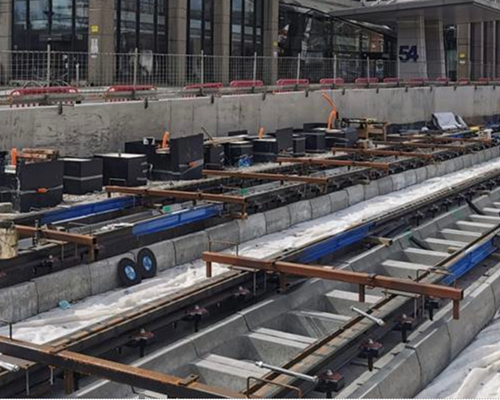