A secure ‘cycle pod’ has been created at Birmingham New Street for city centre commuters to store their bikes and interchange from cycle to train.

It has space for 46 bicycles and one accessible space which can hold an adapted cycle.

The new unit is on Hill Street next to the entrance to the station’s vehicle Drop and Go point.

The cycle pod will be accessible 24 hours a day and will be monitored by CCTV.

Around £50,000 has been invested in the new facility in a partnership project between Network Rail and the West Midlands Combined Authority.

Andy Street, Mayor of the West Midlands, said: “Promoting cycling is a key part of our plan to give people more alternatives to car and help tackle congestion and the region’s climate emergency.

“That’s why we launched our Starley Network promoting hundreds of miles of existing and new safe cycle routes and are busy rolling out West Midlands Cycle Hire across the region.

“Safety and security is key for new and existing cyclists, and the new safe cycle pod at New Street station is part of our commitment to protect riders and their bikes.”

Craig Stenning, Birmingham New Street station manager, said: “We’re really proud to see the cycle pod open as more people are returning to the railway in recent weeks. The new facility will complement the other cycle parking we have around the station and I really hope it will it encourage passengers to swap their cars for their bikes and cycle to the station to catch their train.”

People wanting to use the cycle pod must have a valid Swift card and will need to apply for a space at https://www.wmnetwork.co.uk/ways-to-travel/cycling/cycle-storage-application/ 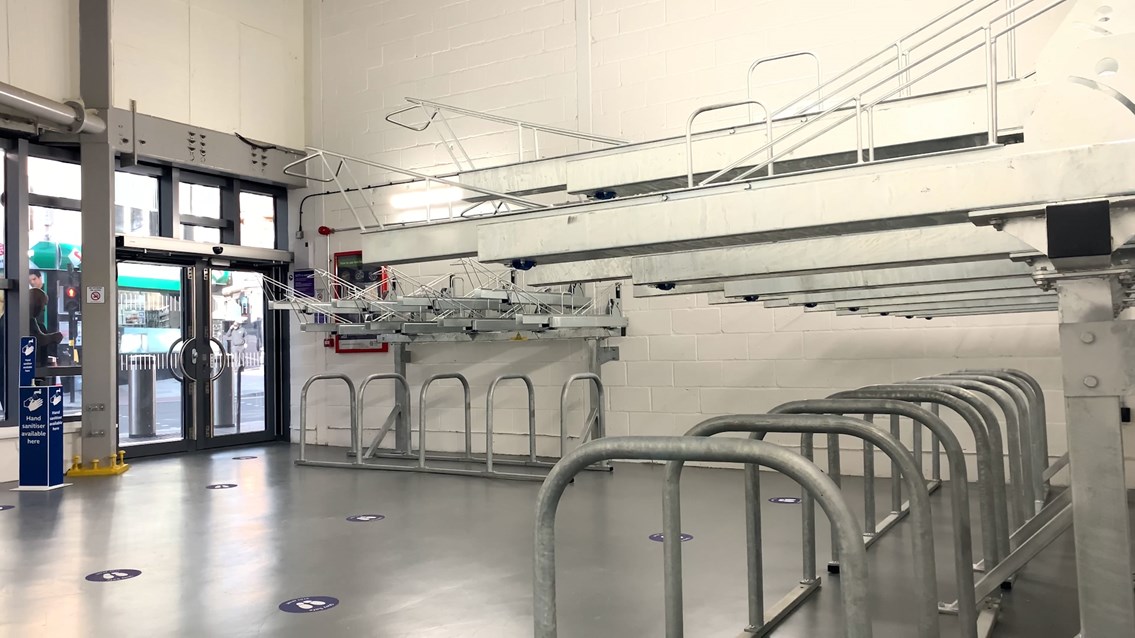