These images show how the outdated Perry Barr railway station in Birmingham will be transformed as part of the wider regeneration of the area.

The development on a new rail and bus interchange will see a landmark new station building constructed offering passengers a welcoming, accessible and safe environment.

The new building replaces the current underwhelming 1960s built station entrance squeezed between shops.  There will also be improved pedestrian links to a redesigned bus interchange outside the One Stop Shopping Centre.

A new access for buses only will ease congestion, speed up pick-up and dropping off for passengers and improve journey times, including those using the proposed new Sprint rapid bus transit service between Birmingham and Walsall.

Development of the bus and rail interchange is due to take place as part of the wider £500 million regeneration of Perry Barr, which includes the Athletes Village, changes to the road network and introduction of Sprint rapid transit buses.

These are all due to be completed in time for the Birmingham 2022 Commonwealth Games when around 6,500 athletes and officials from 71 Commonwealth nations and territories will be located at the Village and thousands of spectators will flock to the Alexander Stadium to watch the athletics and the official opening and closing ceremonies for the Games. 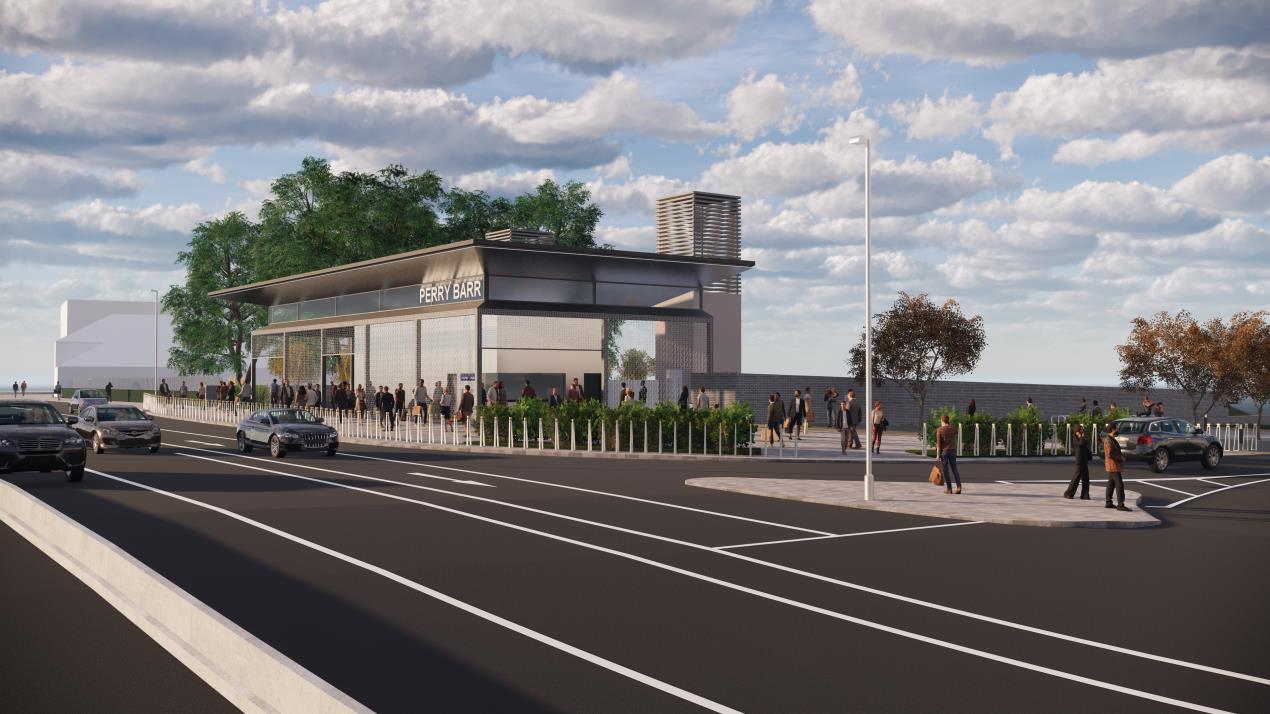 Malcolm Holmes, executive director of the WMRE and director of rail for TfWM, said: “Perry Barr railway station is rightly seen by many as unattractive and unsafe and this redevelopment is long overdue.

“I would urge everyone who lives, works or travels through the area to look at our plans, attend our events, ask questions and send in their comments.”

Phil Edwards, assistant director for transport and connectivity at Birmingham City Council, said: “The railway station and bus interchange are important parts of the Perry Barr redevelopment project, improving connectivity across Birmingham and serving a growing population, so it is important that as many people as possible have their say on these plans.”

The public have a chance to have their say on the proposed new railway station and bus interchange by visiting www.tfwm.org.uk/perrybarr and completing the online survey by December 7th.