Sign-up to be part of West Midlands multi-faith conference

Mayor of the West Midlands Andy Street is inviting faiths from across the region to a conference aimed at strengthening community cohesion.

The Birmingham event has been organised by the Mayor to help him shape priorities and ways for working with different groups.

Mr Street described the various faiths and related organisations in the region as “a force for good” that he could learn much from.

Mayor of the West Midlands Andy Street with members of the faith steering group.

“I am convinced our faith communities and faith-based charities form one of the greatest - and sometimes most under-appreciated - sources of strength, vitality and resilience in our area,” he said.

“The region's faith communities are part of the West Midlands we call home, but are also one of the many ways that this area is connected to the world.

“I want to get to work straight away to listen, support and discuss how we can work together.”

Mr Street said the conference would examine ways of working in several areas of concern to the region:

The faith conference is one of the Mayor’s 10 pledges that he promised to immediately undertake following his election in May this year.

Its co-chairs, appointed by Mr Street, are Francis Davis, Professor of Communities and Public Policy at the University of Birmingham, and Amrick Singh Ubhi, chair of the Council of Sikh Gurdwaras in Birmingham.

The conference will be held on Monday 27 November, between 4pm and 9pm at the Edward Cadbury Centre at the University of Birmingham. 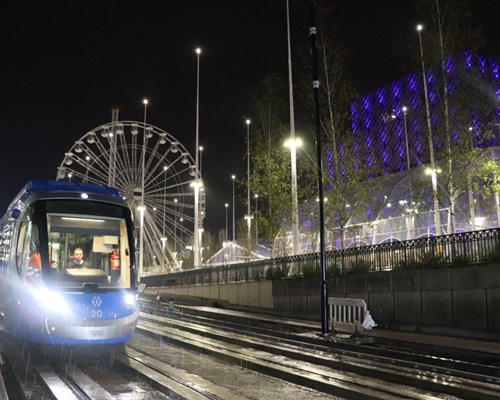