Local people in the West Midlands today received a multi-million pound cash boost to invest directly in the future of their region.

Communities Secretary Sajid Javid announced the transfer of £36.5million directly to the new West Midlands Combined Authority (WMCA) through the region’s ground-breaking devolution deal – the first of payments totalling £1.1 billion over the next 30 years.

Signed in November last year, the deal gives local people a direct say over issues including transport and encouraging business innovation – decisions that were previously made in Whitehall.

And with the West Midlands set to go to the polls in May to directly elect the region’s first-ever Mayor, Local Government Secretary Sajid Javid said now was the time to “fire up the Midlands Engine”.

Mr Javid said: “The people of the West Midlands came up with a devolution deal which puts them in charge of driving growth and transforming local services.

“Today’s £36.5million boost is proof that we will equip them with what they need to fire up the Midlands Engine – the ability to boost long-term growth, create jobs, improve skills and invest in transport and innovation.

“And with these significant powers coming directly from Westminster to the West Midlands, local people will also now have the chance to head to the polls and vote for a powerful new Mayor to put them into practice.”

WMCA chair, Cllr Bob Sleigh, added: “The West Midlands is the manufacturing heartland of the UK and a dynamic exporter of high quality goods and services but we believe there is much economic growth that remains untapped.

“That’s why this payment marks the start of an exciting new era in which we will be far better equipped to build on our strengths, improve productivity and skills and deliver the transport infrastructure and new homes our region needs.

“It gives us the tools to drive forward the Midlands Engine, helping to unlock growth, jobs and prosperity and ultimately a better quality of life for the four million people of the West Midlands.”

As part of efforts to deliver an economy that works for everyone and every part of the country, the Government is devolving wide-ranging powers directly from Whitehall to local people who know their areas best.

How today’s £36.5million funding will be spent will be a decision entirely for local people – represented on the new West Midlands Combined Authority of seven councils from across the region.

Created in June, this new authority is set to be chaired by the region’s first-ever directly-elected mayor, with elections set to take place in May 2017.

The West Midlands devolution deal is one of 10 signed across the country – nine of which have directly elected mayors.  It means decisions that have previously been made in Westminster are now being made in the areas they affect most.

The other areas with devolution deals are: 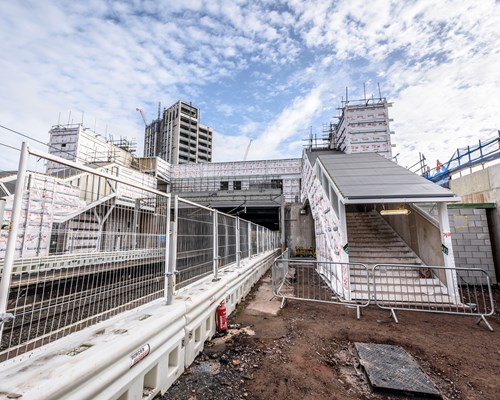