The first bikes for the new West Midlands Cycle Hire scheme are on the streets today following the launch of a trial in Sutton Coldfield.

This limited trial will feature five docking stations and 25 bikes placed in and around the town centre for the next month to allow a group of selected volunteers to road test the bikes, docks, locks and mobile app technology.

The scheme has been launched by Transport for West Midlands (TfWM) to encourage more people to become active and healthy and offer a convenient and more environmentally-friendly alternative to the car for shorter journeys.  That will also help support WM2041 – A Programme for Implementing an Environmental Recovery, which aims to see the region become net zero carbon within the next 20 years.

From Monday 8th March the distinctive grey and green West Midlands Cycle Hire bikes will be available to the public in Sutton Coldfield. It will be rolled out in Coventry, Birmingham, Wolverhampton, Stourbridge, West Bromwich, Solihull and Walsall by the end of July.

Customers will hire the bikes via an app and it will cost £1 to unlock a bike and 5p per minute after that. This means a 20 minute cycle will cost £2 and an hour £4.

“It is great to see the docks and bikes finally on the streets of Sutton Coldfield and arriving across the wider West Midlands over the next few months.

“As well as providing a great opportunity for more people to take up cycling - these bikes also made here in the West Midlands, supporting local jobs and businesses.”

The scheme is run by Serco, operator of London’s famous Santander Cycles, under a five-year contract from TfWM, which is part of the West Midlands Combined Authority (WMCA). The bikes are made by Pashley’s in Stratford-upon Avon and the docking stations and locks are also manufactured in the West Midlands.

When fully rolled-out later this year there will be 170 fixed docking stations and 1,500 bikes for hire, of which 150 will be powered e-bikes. There is an option to increase this as demand grows. 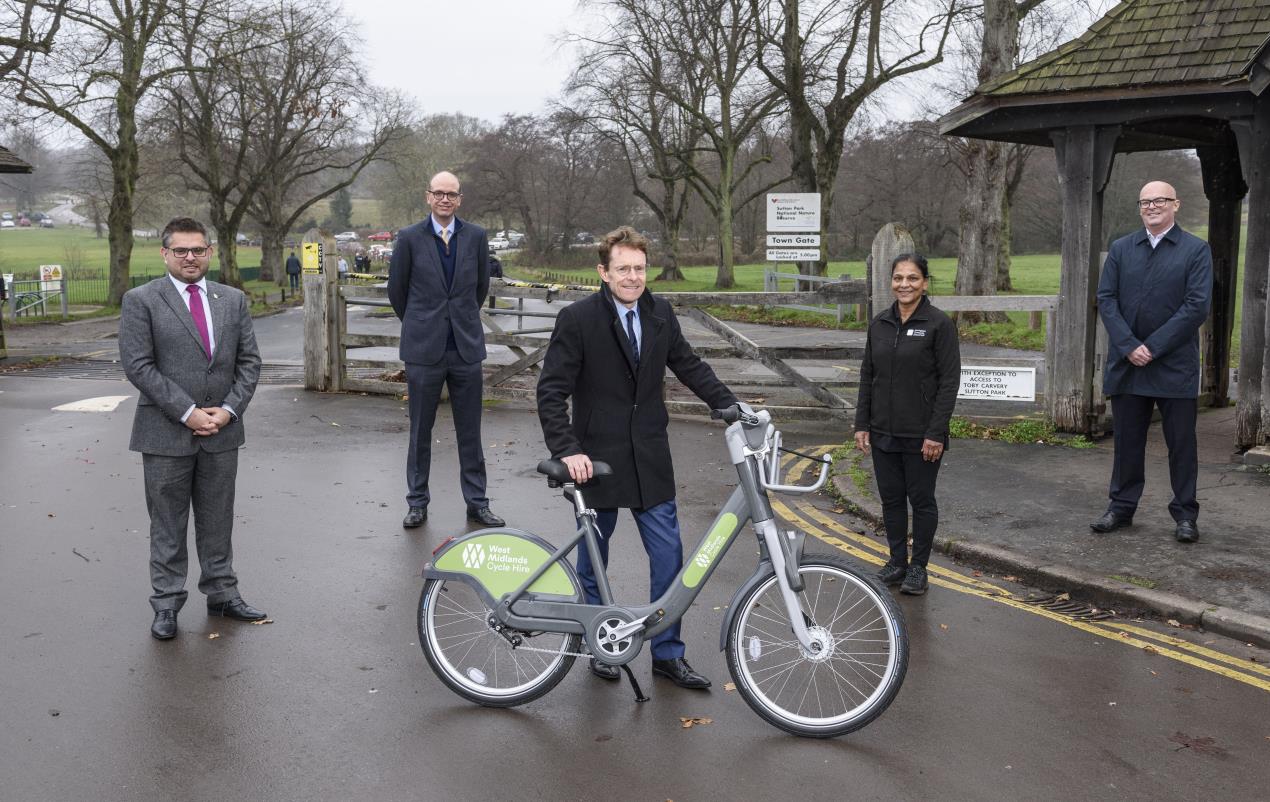 Cllr Ian Ward, WMCA portfolio lead for transport and leader of Birmingham City Council, said: “We're working hard to grow our network of segregated cycle routes, giving more people the confidence to get out and about.

“But we also know that affordability can be a barrier, so cycle hire offers a great alternative to buying a bike. Hopefully this will help encourage more people to take up cycling as a healthy, environmentally-friendly alternative means of transport.”

The pedal cycles have three gears to cope with hilly parts of the region and are fitted with high quality laser safety lights.

Simon Bailey, managing director of Serco’s Leisure business, said: “We are very much looking forward to introducing the first bikes to the West Midlands Cycle Hire Scheme with the initial trial in Sutton Coldfield. The Serco team are working hard with our partners Pashley and Beryl to ensure that the scheme when fully launched meets the needs of users and is a boost to cycling across the West Midlands.”

To find out more about the West Midlands Cycle Hire and register for updates visit the website at https://www.wmcyclehire.co.uk/

A contribution towards the set up costs of £5 million has been provided from the Department for Transport’s Transforming Cities Fund allocation to TfWM. Running costs are being covered by rental income and commercial sponsorship. The Royal Sutton Coldfield Town Council is contributing £61,000 towards the costs of the Sutton Coldfield scheme.

The scheme is a success story for regional manufacturing, with almost all parts being made here in the West Midlands. The bikes are manufactured in Stratford-upon-Avon by Pashley Cycles who also work with Serco to provide the bikes for London and Edinburgh. Supporting technology will be provided by British micromobility operator Beryl who also work with Serco in London.

The on-street docks are being made by Universal Fabrications in Nuneaton, while the locking system is produced by Coventry based RDM Group and PHA Europe in West Bromwich. The plastic mouldings for the bikes and docks are made in Telford by LVS.

Cllr Simon Ward, leader of Royal Sutton Coldfield Town Council, said: “It has been a pleasure to see the cycle hire docks begin to emerge around Sutton Coldfield.  With the Royal Town at the forefront of this regional scheme, I would encourage our local community to take advantage of this fantastic new facility when it opens to the public in March”. 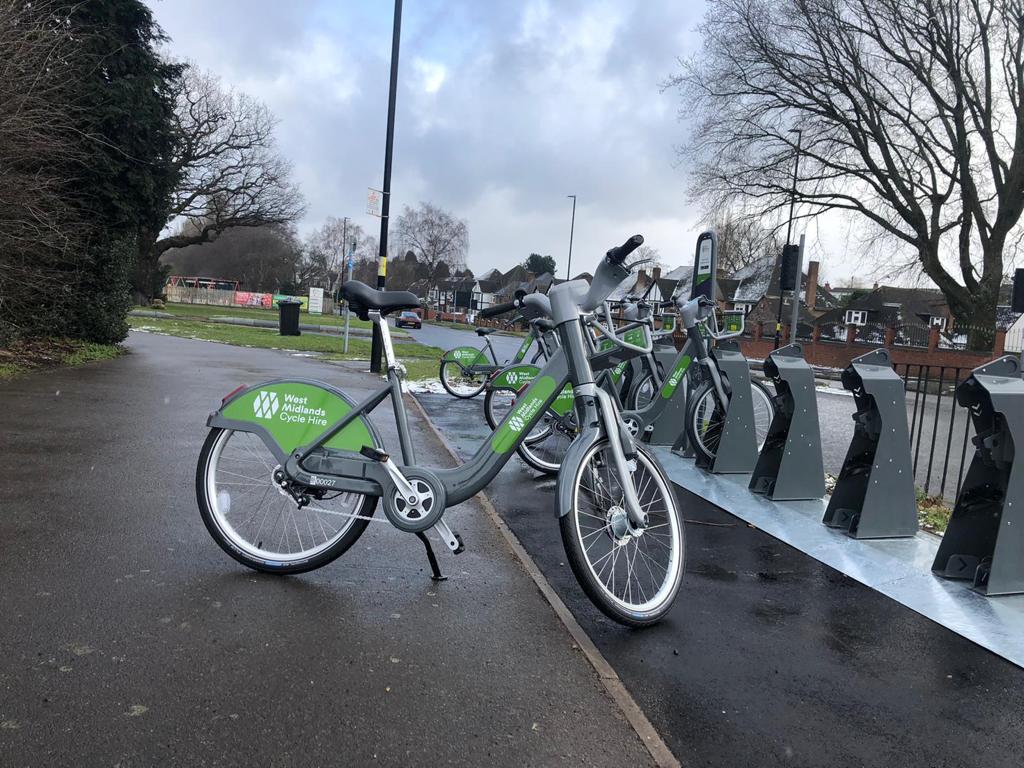 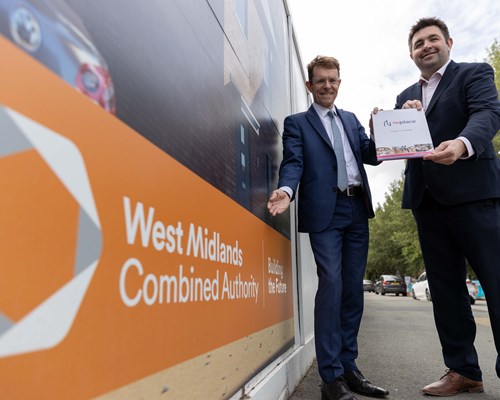